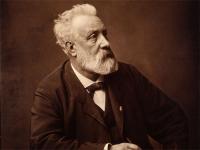 In his books, the world famous writer of 20.000 leagues under the sea, appears to make references to Rennes-le-Château, it’s mystery and the general area around the village, specifcally Mount Bugarach.

Clovis Dardentor for example has ‘Clovis’ in its title, the first Merovingian King. It is a treasure hunt story. A key figure in the novel is a certain Captain Bugarach who talks about the ruins of his castle in Vialasse. Apparently they have the shape of a ship with three bridges. The ruins of the Château de Vialasse, near Rennes-le-Château that really exist, point towards mount Bugarach. At some stage, in the book a castle features with the name of ‘Blanca’ (Blanchefort?). Another prominent place in the book is a place called ‘Bains des Reine’, the old name for Rennes-les-Bains. Verne specifies that the water of the spring there is salty and smells like sulphur, something visitors of Rennes-les-Bains will recognize.

In Les mirifiques aventures de Maitre Antifer, the hero of the story searches for a legendary treasure but he is unable to locate it. There are references to Asmodeus, the devil displayed in the Eglise Madeleine and to the iron mines around Mount Bugarach.

Verne’s book Magellania is perhaps connected to the journeys and disappearance of Johann Salvator of Habsburg, who visited Saunière just before he left on his last known voyage.

A very informative book about Jules Verne, his references to the Mystery of Rennes-le-Château was written by Michel Lamy (in French): Jules Verne, Initié and Initiateur. 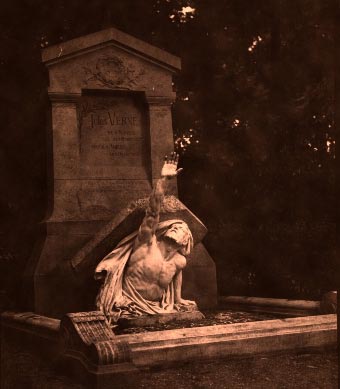 Jules Verne was buried in the Cemetery de Madeleine in Amiens.

The tomb of the author, which is considered to be a masonic piece of art, echoes the atmosphere of his works. It displays one of his heroes or perhaps Verne himself escaping from the grave and reaching his hand for the sky. The monument is situated in a corner of the cemetery, exactly on top of the Roseline or Paris Meridian, the old zero-meridian of the world that passes through St. Sulpice and the site of the Poussin Tomb at Les Pontils, close to (again) the village of Rennes-le-Château.

As a special service of RLC Research, you can download a copy of the original Clovis Dardentor, signed by Jules Verne: 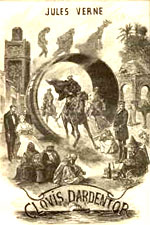 One thought on “Jules Verne”