In the summer of 2007, Hollywood icon Patrice Chaplin released her book City of Secrets. This book, which is actually an elaboration on her books Happy Hour and Albany Park, she introduced an angle of the Rennes-le-Château mystery that had so far been completely unknown. City of Secrets is a controversial book in the sense that there has been much discussion on internet forums about the authenticity of the story.

Gerona is a beautiful medieval town in the North East of Catalan Spain. Romans, Visigoths, Moors, Charlemagne and the Aragons ruled the city at some stage in history, all leaving traces of their presence in the local culture and buildings. In the 12th century Gerona housed a flourishing jewish community with the most important Kaballistic school in Europe.

Chaplin’s book tackles the life of a certain Maria Tourdes, interwoven with a love story of Patrice and Josep Tarrés, i Fontan, a well-known figure in the Catalan scene. During her relation with Josep, Patrice discovers Josep is the central figure in a shady organization that performs rituals around the Grail. It involves a so called Sun Stone and a colorful group of Grail initiates. Central to the ritual was the alignment of two towers, the first being the Tour Magdala in Rennes-le-Château and the second a Torre Magdala in Gerona. It must be said that there are indeed striking similarities between the two towers and since the Catalan version was built in 1851, it’s quite clear which one would be the original. This is also were Bérenger Saunière enters the stage. Patrice tells us that Saunière and Ernest Cros brought a young girl from Quillan to Gerona at the end of the 19th century. Why they did this remains a mystery.

This Frenchwoman as she is called lives many years in Gerona in a house called ‘Domus Canon’ or House of the Canon’. Maria Tourdes. The house is apparently owned by Saunière at some stage. The adjacent tower, the Torre Magdala is replicated by him on his domain in Rennes-le-Château with the exact same dimensions. The tower is no longer there but some photos and old postcards survive to prove that it was once there.

Further in the story we learn that Saunière is a regular in Gerona. He is there to decipher or trace clues that Abbé Antoine Bigou left him. Chaplin even goes as far as to claim that Bigou stayed in a house in Bésalu and was buried close by. If that is true it is spectacular information; Bigou’s grave is one of the most sought after things in modern research of the enigma.

During her stays in Gerona Chaplin meets a cast of well known esoteric stars like Jean Cocteau, Salvador Dali, and Umberto Eco. They all seem to be interested in the house of the Frenchwoman, the rituals and the Grail artefacts. Intriguingly Chaplin claims that Josep Tarres took them to the summit of Mount Canigou to leave them there. 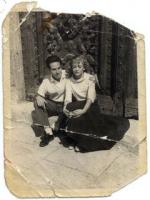 The secret society Patrice refers to and of which Josep Tarres is a member, is called ‘La Sang’ (the blood), a sister organization of ‘La Sanch’ of Perpignan, who play a role in the mystery surrounding Perillos.

The relation between Rennes-le-Château and Gerona is made strongest in Chaplin’s claim that Josep Tarres y Fontan is actually the grandson of Bérenger Saunière and Maria Tourdes. Tourdes, who was still alive in the early 1960s kept financing Marie Dénarnaud long after the Abbé had died.

Both Andrew Gough and Société Perillos have published extensively about Chaplin’s claims, reliability and the theories presented in this post:

Of Sun and Stones 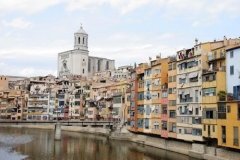