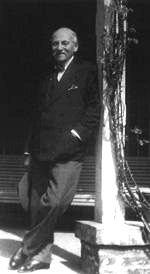 Arsène Lupin is one of the most popular fictional heroes in France. Gentleman thief, ironic, audicious and always with a certain viruosity. His victimes treated with a rare elegance.

His creator, the famous French writer Maurice Leblanc was born in Rouen in November 1864. In February 1905, Leblanc publishes his first story about Arsène Lupin in ‘Je Sais Tous’ Magazine as a French answer to Sherlock Holmes. Fuelled by his success, Leblanc would pen Arsène Lupin stories well into the 1930s, producing a total of 21 works.

There are many references to the Mystery of Rennes-le-Château in his works. Arsène was the second name of Monseigneur Billard, who is buried besides a statue of St. Lupin in the Cathedral of Carcassonne. One of Billard’s predecessors, the eminent Monseigneur de Bonnechose who venerated St. Hermes and St. Lupin, baptized little Maurice. Patrick Ferté has summed up all relations between the books of Leblanc and the Mystery of Rennes-le-Château in his book Arsène Lupin, Supérieur Inconnu. 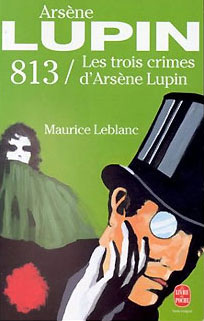 Three works appear to involve the mystery in particular: 813, the Countess of Cagliostro and the Golden Triangle.

To name one example, in one story, Leblanc writes about a priest called Gélis who has decoded two sentences and now holds the key to the secret of a castle. Within the same paragraph there’s speak of a Battle of Arques (a village very close to Coustaussa, where Gélis was brutally murdered). To break the code, Leblanc says, Gélis has searched through many archives and biographies. This is all the more amazing when you realize that this was written in 1906. Saunière was still alive and the Mystery of Rennes-le-Château didn’t exist yet. Even though it was a horrendous crime, the assasination of Abbé Gélis was a tiny story on a national scale.