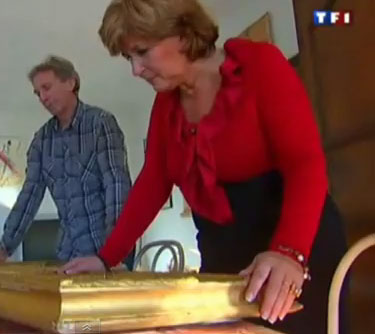 In december 2012, a new discovery was reported by Françoise Gasc, great great grand daughter of Henri Gasc. Henri Gasc was at one time the resident priest and guardian of Notre Dame de Marceille and mentor of the enigmatic Henri Boudet. Mrs. Gasc reported she had in her possession two paintings that had belonged to Henri Gasc that had been in her family for a long time. The painting allegedly were found by Gasc in the crypt of Notre Dame de Marceille. During 6 years, Mrs. Gasc and her husband had the paintings examined by a.o. the Brussels Art Laboratory and Celine Joliot who concluded that the paintings originated from the 17th century and were possbily by Nicolas Poussin.

The two paintings feature two boats in distress on rough seas near a rocky coast. According to Mrs. Gasc a message has been coded into them tha is very precise but she did not reveal what that message was. 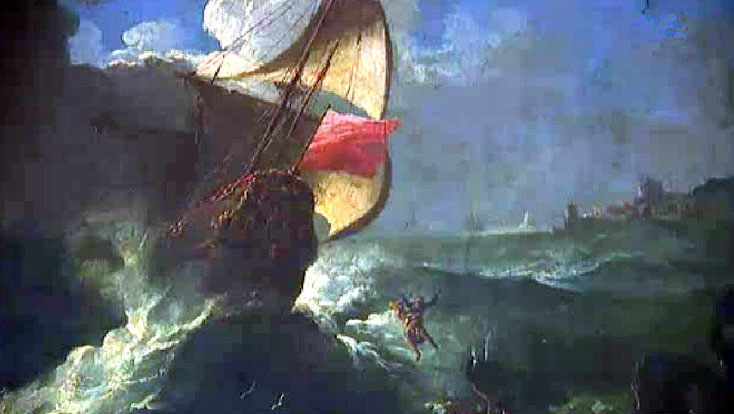 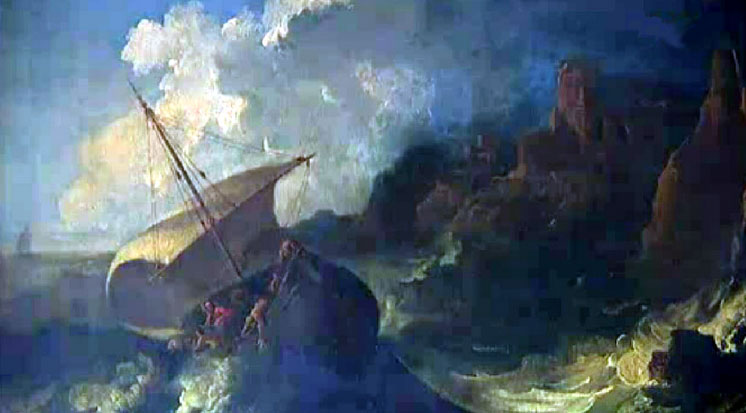 If this is true, it is a sensational discovery for several reasons. In one hit it would physically link Nicolas Poussin, Henri Gasc and thus Henri Boudet. It would also lend greater credibility to the theories linking up the sanctuary of Notre Dame de Marceille with the Mystery of Rennes-le-Château, in which Nicolas Poussin plays center stage.

Look at a French news emission on national TV that deals with the discovery here.

RLC Research will keep you posted of any new developments. Mrs. Gasc has opened a website about her discoveries here.

3 thoughts on “Ships in Distress”