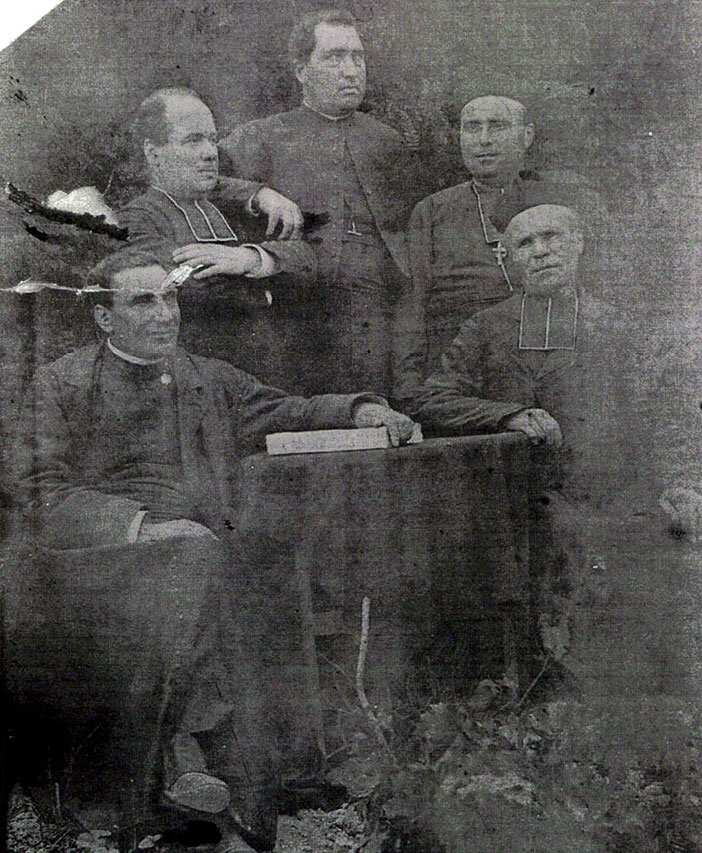 During the last General Assembly of the Terre de Rhedae Association, chairman Antoine Captier presented an unknown photograph of 4, perhaps 5 key players in the Mystery of Rennes-le-Château. The photo was taken between 1895 and 1897 and was found in the archives of the Malot family who handed it to Antoine.

On the photo, 5 priests are positioned around a book on a table, possibly the Holy Bible. From left to right you can see Bérenger Saunière, Maurice Malot (the cousin of Antoine Gélis), Bérenger’s younger brother Alfred Saunière, an unknown priest and at the very right Antoine Gélis, who would be murdered not too long after this scene was recorded. There’s a distinct possibility that the unknown priest is in fact Henri Boudet, but since no confirmed photos of him exist it is impossible to check at this stage. It is not certain where the photo was taken or what the ocassion was. However, since the men clearly posed for the ocassion, all looking in different directions, there was probably a good cause for taking it.

Many thanks to Jean-Pierre Garcia for sharing this and to Terre de Rhedae, with whose kind permission this photo is published.