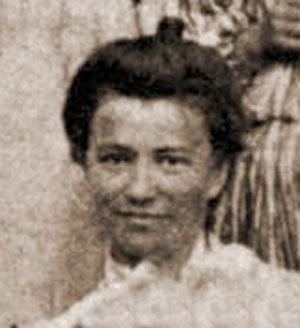 Saunière’s housekeeper, secretary and confidant for 21 years. It is whispered that La Madonne, (as the villagers called her) was a lot more than just his housekeeper. Eye witnesses describe her parading around the dusty little village in the latest Paris fashion, wearing strange ancient jewelry. Many times during her life she said the people of Rennes-le-Château walk on gold without knowing it. Although being asked time and time again after his death, she never spoke a word about

the origins of the fortune she had shared with the priest. When Saunière died, Marie inherited all his belongings. She visited his grave every day and every night until she died herself in 1953. At the end of her life, a stroke left her unable to speak and to keep her promise to Noel Corbu to tell him the secret of her master on her deathbed. A secret she had said would make him both rich and powerful. To Corbu’s intense frustration allegedly she only managed to utter three last words: ‘Pain, Sel, Vase’.

As Dutch author and researcher Klaas van Urk states, it is very well possible that she DID tell Corbu part of the secret. Saunière, since she didn’t speak any latin, might have taught her three simple French words that were the three ancient symbols of the core of his secret: San Lapis Vase: the Holy Stone of the Grail.