In the wake of Dan Brown’s record-breaking bestseller The Da Vinci Code, some insisted its plot was only fiction, while others were asking, ‘What remains when the fiction is stripped away from The Da Vinci Code?’

What remains, I believe, is the firm conviction of the earliest Christians that Jesus embodied the archetypal Sacred Bridegroom from the ancient mythologies of the Near East and that Mary Magdalene was his spouse. This belief appears at the core of the Gospels and was later embellished by authors of the Gnostic texts discovered in Egypt which unabashedly proclaim Mary Magdalene as beloved disciple and intimate companion, even ‘consort,’ of Jesus. 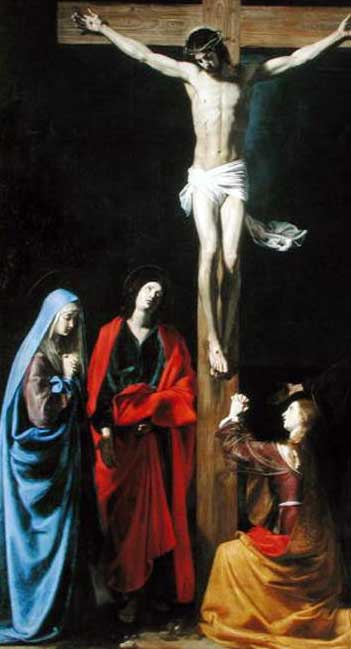 Close examination of the New Testament confirms that Jesus honored, embraced, and elevated the status of the Feminine during his short ministry. The Gospels delight us with stories about women: one widow gives alms in spite of her own poverty, another sweeps her house searching for a lost coin. An adulteress is rescued from stoning, a woman declared””unclean is healed of the flux, and the daughter of Jairus is raised from the dead. Mary, the sister of Lazarus, sitting at the feet of Jesus has chosen the better part while Martha is worried about preparations for dinner. Courageous women stand near the cross mourning the crucified Lord, while his male apostles apparently cower in hiding. And faithful women approach the tomb in the dawn of Easter morning.

These narratives are remarkable for their time, a period when wives were treated like chattel and divorced with awesome ease, when women were denied the right to bear witness in court. In fact, the earliest Christian community, relying on radical teachings of Jesus, was essentially egalitarian and honored women in ways unprecedented in their time. In his epistles, Paul mentions various Christian women leaders and mentions that the brothers of Jesus and the other apostles travel around with their sister-wives (1 Cor 9:5). From this inadvertent statement we glean that the earliest Christians traveled as missionary couples, not as pairs of men as we have been inclined to believe.

There is no statement anywhere in the New Testament that Jesus was celibate, and in Judaism, the norm was marriage. They had no word for bachelor. I believe that one important aspect of the ministry of Jesus was the intent to re-establish the partnership paradigm based on the ancient model of Sacred Marriage. My personal conviction that Jesus was married and that he and his wife modeled the hieros gamos as the ‘archetypal divine couple’ rests on the Passion narrative in the canonical Gospels, beginning with the anointing of Jesus by a woman, an event followed by his torture, death, and resurrection. This powerful sequence of events closely parallels that of numerous ancient mythologies and liturgies of pagan bridegroom gods similarly sacrificed and resurrected. 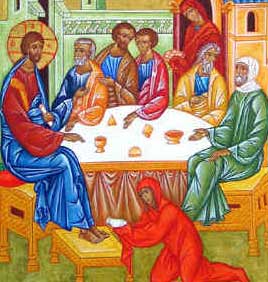 As Jesus was reclining at the banquet table in the town of Bethany, a woman carrying an alabaster jar of precious ointment approached him. She broke the jar open and anointed Jesus with its contents, precious unguent of nard. Then, as her tears fell on his feet, she dried them with her hair. This passionate story was so poignant that it survived for a generation in oral tradition and is one of only four stories included in all four of the Gospels eventually declared canonical.

What was it about the story of this anointing by a woman that was so powerful, so unforgettable? Jesus himself proclaimed that wherever this story was told, it would be told in memory of her. And yet, many people do not even remember her name! 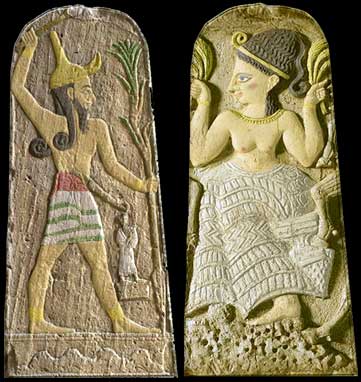 Over the years, the unnamed woman became identified with Mary Magdalene and later was branded a prostitute, a slander which may have derived from the association of the anointing with pagan rites in which the anointing of the sacred King, once the prerogative of his royal bride, was later performed by a hierodule or sacred prostitute. In Neolithic times, the anointing was associates with nuptial rites in cults celebrating the Sacrificed Bridegroom. In the liturgical sequence, the Bride and Bridegroom were typically united in marriage amid widespread rejoicing and revelry. Later the Bridegroom was tortured, mutilated, executed, and entombed. Then, usually after a liturgical pause of three days, the Bride returned to the tomb and found her Beloved resurrected in the garden, a rite celebrated throughout the Near East in the cults of Tammuz/Ishtar, Osiris/Isis, Baal/Astarte, and Adonis/Venus.

The entire Hellenized Roman Empire was conversant with this liturgical sequence so obviously repeated in the Gospel stories. The word Christos means, literally, the anointed one. John’s Gospel states in two places (11:2 and 12:3) that the woman who anointed Jesus was the sister of Lazarus, and it is this same Mary who was conflated with the woman called the Magdalene in the early Church. Clearly it was THIS Mary the Magdalene who performed the final stage of the ancient ritual, returning with her women companions to the tomb to mourn the death of the Sacrificed Bridegroom and rejoicing to find him resurrected in the garden, where she embraces and clings to him (John 20). The Gospels deliberately frame her as Bride in rites already familiar to the citizens of the empire. 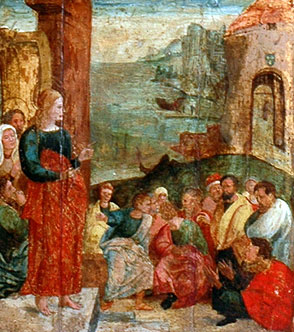 Later legends tell that Mary Magdalene brings the Holy Grail to the shores of Gaul, arriving in about 42 A.D. with her friends and family in a boat with no oars, fleeing persecution in Judea. With them is a pre-adolescent child, between the ages of nine and twelve whose name Sarah means ‘Princess’ in Hebrew, yet legend declares that she is a servant. Was she perhaps, like Cinderella, really a princess from a faraway land? This legend lies at the core of the bloodline heresy that cannot be proven with facts, but echoes poignantly throughout medieval European folklore and art the myth that a royal child descended from Jesus and Mary Magdalene survived the Crucifixion. Like Isis, who bore a child to Osiris after his death, Magdalene may have carried the royal seed. The lost princess belongs in the realm of legend, a story too dangerous to be told as fact, but one that contrives to confirm the marriage of the Christ-couple at the heart of the Christian mythology. 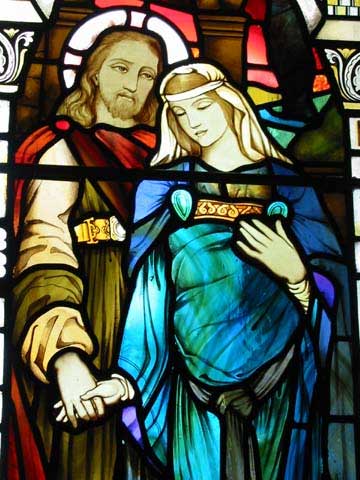 Stained glass window from the Kilmore (1906), Church of Saint Mary at Dervaig, on the Isle of Mull (off the coast of Scotland) shows Jesus and Mary of Bethany: ‘Mary has chosen the better part and it shall not be taken from her.’ Throughout Church history, Mary has been the symbol for the ‘Bride’’”the church community and the people of God, faithful to Christ and his beloved.

One thought on “The Sacred Marriage”