It was Henry Lincoln, co-author of bestseller the Holy Blood and the Holy Grail who noticed that many of the sites that figure in the mystery of Rennes-le-Château have very precise geometric relations with eachother. Frustrated by the fact that there were too little tangible hard facts underpinning his hypotheses from his book Holy Blood Holy Grail, Lincoln turned to the things that everybody can go see for themselves that are around Rennes-le-Château: the churches, the roadside crosses, the castles etc. What he discovered is that the Templar Château at Bezu, the Château de Blanchefort and the village of Rennes-le-Château lie in a perfect triangle. Combined with the hilltops of la Soulane and Terre de Lauzet, a perfect giant pentacle can be drawn on the landscape. According to Lincoln this makes it a holy place which might be an important reason why the region was so popular by religious and mystic groups through the ages. The author suggests that this information was known by secret societies through the ages.

The Pentacle (Pentagram) connects the Church of St Mary Magdalene in Rennes-le-Château, the Château de Blanchefort, de hilltops of La Soulane and Lauzet and the Château de Bézu. The angles are all perfectly 72 degrees.

Lincoln brings an astrological, almost romantic argument to the table to substantiate his claim that Rennes-le-Château is part of a holy pentacle. The planet of Venus has been closely associated with Mary-Magdalene through the ages. Each planet moves in a pattern around the sun. All are irregular with the exception of Venus that, regular like clockwork, draws a pentacle every eight years. As above, as below, said the ancient alchemists. Here is Venus, drawing the symbol of the Magdalene in the sky over the perfect pentacle below on the ground at Rennes-le-Château where the church is devoted to her. You can read more about this in his book ‘the Holy Place‘. 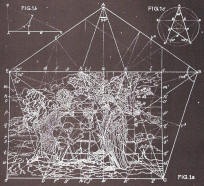 Lincoln’s discovery set off an army of amateur surveyors that have found a bewildering number of simple to very complex shapes around Rennes-le-Château and far beyond. They have led to many theories, varying from Rennes-le-Château being part of the floor plan of Solomon’s temple to Jesus’ body lying buried inside mount Cardou. The story gets both more traction and complexity when you realize that painters like Teniers and Poussin, of whose paintings Saunière allegedly bought reproductions at the Louvre in 1892, used many of the forms and shapes found to construct their paintings around. The picture here on the left is a geometrical study by the late Professor Cornford of Poussin’s painting les Bergers d’Arcadie. There is a possibility that geometry is part of the treasure map Bigou or Saunière left us. The geometry in the two encoded parchments the Abbé found is perceived by many to be the one of the keys that leads to whatever the secret is. 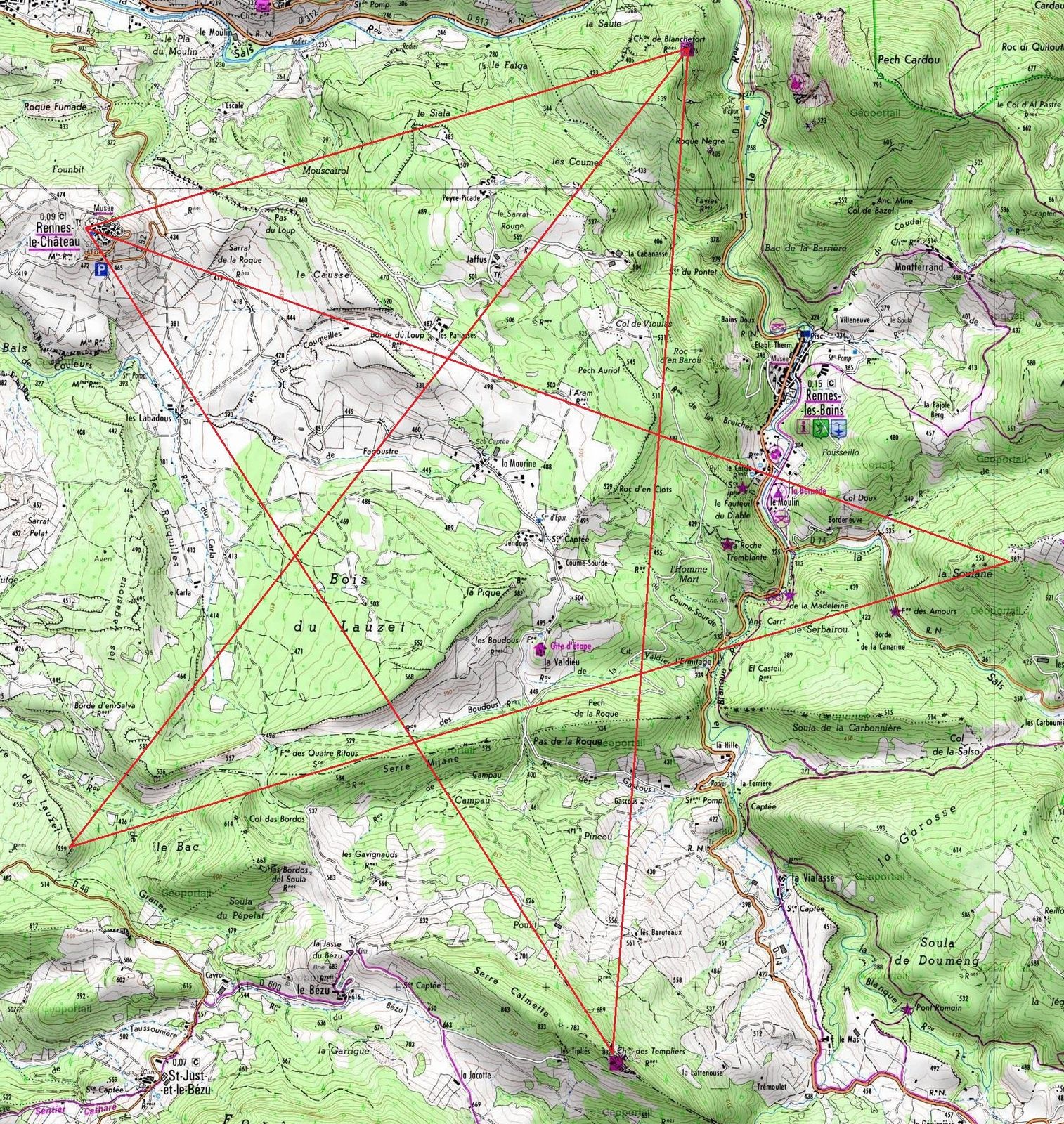