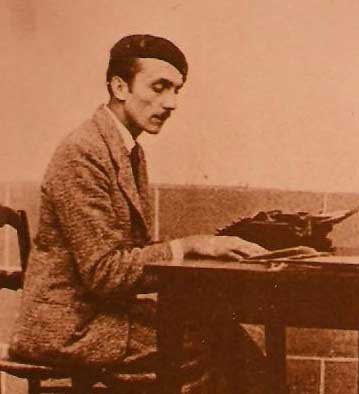 According to the resume Otto Rahn wrote for his SS entry dossier, he was born on 18 February 1904. Rahn’s school history teacher Freiher von Gaul introduced him to the Grail romances and the stories of Parzival and Siegfried. He gained his Bachelor degree in 1924. Rahn’s thesis was titled to the Research of Master Kyot of Wolfram von Eschenbach. He dedicated the work to the author of Parzifal, to Wagner and to the troubadours.

In March 1932 the Languedoc newspaper La Depeche du Midi published articles about the activities of a group of Polaires (a society linked to the Theosophical Society, particularly active in France and England) who were excavating the caves of Ussat and Ornolac near Montségur. Otto Rahn was said to be the leader of this group and suspicions were raised about his nationality. The first World War hadn’t done much for the reputation of German nationals. Antonin Gadal, a renowned historian and researcher of the Cathars wrote back in Rahn’s defense claiming he was a serious academic with a profound interest in the Cathars. 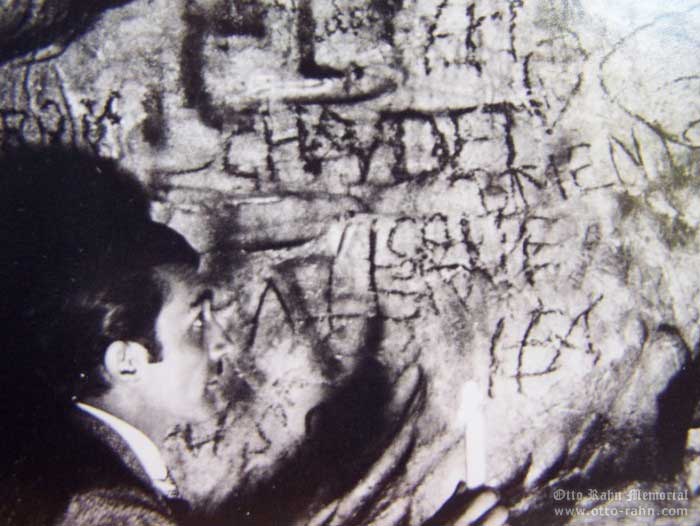 Speaking both French and the langue d’oc, Otto had come to the southern French Pyrenees in 1930, perhaps as early as 1929. He was specifically interested in the area around the castle of Montségur, convinced that it was Montsalvage, the Grail castle described by Wolfram Von Eschenbach. He explored the grottoes of the Sabarthes area, notably Ornolac and the massive cavern of Lombrives. It contained a huge chamber the locals called the Cathedral, a stalagmite called The Tomb of Hercules and another one called the Altar. These were all terms used by Von Eschenbach in his epic poem. Rahn discovered that the chambers in the cave of Sabarthes were covered with Templar symbols, side by side with Cathar emblems. It was in this cave Rahn discovered a mural of a bleeding lance. It was by this discovery that Otto attracted the attention of Heinrich Himmler, founder of the Nazi Group Ahnenerbe.

Rahn left France in 1932 to publish his first book Crusade against the Grail, the Struggle between the Cathars, the Templars, and the Church of Rome in Germany two years later. Rahn claimed Wolfram Von Eschenbach modelled the characters in Parzifal after real Middle Ages personalities. Parzifal was Count Raymond Trencavel of Carcassonne one of the foremost and heroic victims of the Crusade. Respanse de Joye was Esclarmonde of Foix. The hermit Trevrizent was the Cathar Bishop Guilhabert of Castres. King Anfortas was Raymond-Roger of Foix. Montségur was the castle of Montsalvage. Otto Rahn believed the Castle of Montségur was the Temple of the Grail.

Rahn described the Grail consisting of several tablets of stone engraved with runic or even pre-runic inscriptions. He believed that it was either one perfect emerald with 144 facets or 144 engraved emerald tablets. This emerald would have graced the Crown of Lucifer symbolizing his third eye that fell to earth and touched ground on the Pog of Montségur. At the same time it seems from his writings that he perhaps considered the Grail to be a spiritual affair. 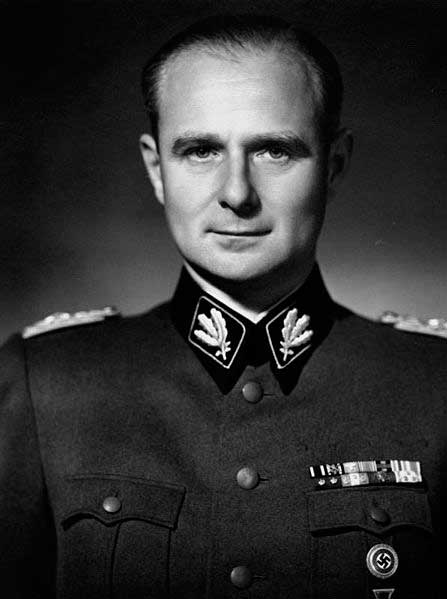 On 29 February 1936 SS General Karl Wolff wrote to the SS recuitment office to convey Heinrich Himmler’s personal instruction that Otto Rahn be admitted to his personal staff. It is generally believed Rahn wasn’t a convinced Nazi. Himmler was not a man whose offer one could refuse. He was under orders to deliver a book to Himmler by October 1937 and another in 1939. Himmler regarded Rahn as a very important member of the team. Himmler personally ordered one hundred copies of his 2nd book Lucifer’s Court and had one of the deluxe editions offered to Hitler himself.

In 1937 Rahn was sent back to the Languedoc for a reason that never been clarified. He briefly stayed in Montségur and left stating he would be back in 1939. Local legend has it that it was during this trip he visited Rennes-le-Château on an expedition to find  “forbidden merchandise”. In 1944 Otto Skorzeny’s soldiers would massacre the entire village of Oradour- 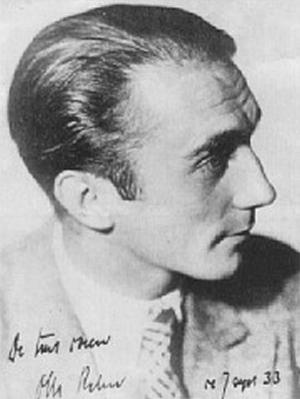 sur-Glame in search of this same thing described as “forbidden merchandise”.
Rahn was dismissed from the SS on 17th March 1939, four days after his death. On May 18, 1939 Nazi newspaper Volkischer Beobachter published Rahn’s obituary signed Wolff SS-Gruppenfuhrer: “last March, SS-Obersturmfuhrer Otto Rahn tragically lost his life in a mountain snowstorm. We weep for our late comrade, an honest man of the SS and an excellent author of historical and scientific works.” It is assumed Otto Rahn committed suicide but this was never confirmed. He was still working on several books at the time.

Many thanks to Vitaliy Lozovskiy of www.otto-rahn.com for making his research available. You will find everything there is to know about Rahn on his excellent website.

The facts and a thrilling hypothesis about Otto Rahn’s life have been magically blended into a Da Vinci Code-style page turner of a novel by the talented Jeanne d’Aout. You should definitely read her book White Lie.