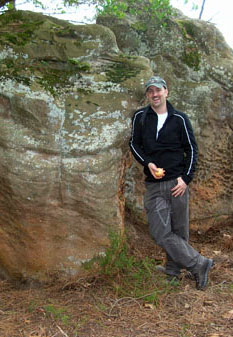 In 1978, Henri Boudet’s enigmatic (some say non-sensical) book The True Celtic Language and the Cromleck of Rennes-les-Bains was re-issued, including a preface by Pierre Plantard. Today Plantard’s role in the Mystery of Rennes-le-Château is controversial to say the least. It appears to be widely accepted now that Plantard at least lied a delicate local mystery out of its local proportions into a global phenomenon, subsequently magnified and blurred even more by the conclusions of the Holy Blood, Holy Grail authors. Plantard appears to have abused the Mystery to lay a false claim to royal descendency from the Merovingian Dynasty. Lincoln, Baigent and Leigh, the authors of Holy Blood, Holy Grail added the sacred element of even Godly descendency from Jesus and Mary-Magdalene. It only took a Dan Brown to blast the theory to intergalactic levels when he turned what is in fact a lie wrapped in a hypothesis into a fantastic page turner of a book: The Da Vinci Code. Case clear and closed you would say. But not quite. There are strong indications that Plantard got documents from an unknown source that he used in a serious attempt to unravel the mysteries surrounding Saunière’s life and his wealth. 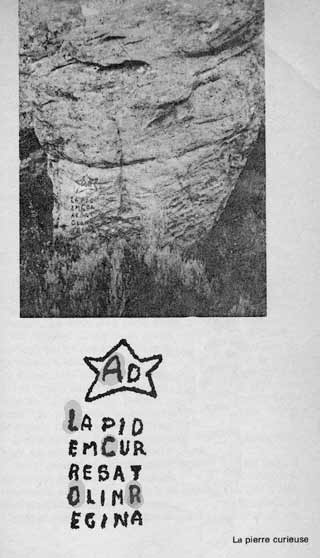 In the preface he wrote for Boudet’s book in 1978, Plantard mentioned a stone (dolmen) bearing the inscription ALCOR from “Ad Lapidem Currebat Olim Regina” or “Towards the stone the Queen ran formerly“. Plantard placed the stone on the hill of Serbairou where it marked the passing of the Rose Line, the Meridien of Saint Sulpice. Plantard knew the stone existed but never found it, despite countless hikes on and around the Serbairou and in fact around the entire Cromleck. One year later, French journalist Jean-Luc Chaumeil published a photo of a stone with the mentioned inscription in his book Les Trésors du Triangle d’Or. He called it the “pierre curieuse” or “curious stone”. Chaumeil claims he obtained the photo from Philippe de Cherisey, a Belgian Marquis and actor with a peculiar sense of humor. A good friend of Plantard. Part of Chaumeil’s book is an interview with the Cherisey who claimed, like Plantard, that the Rose Line crossed the Poussin Tomb at les Pontils near Arques and a stone with the inscription ALCOR on the hill of Serbairou. When Chaumeil asked if the 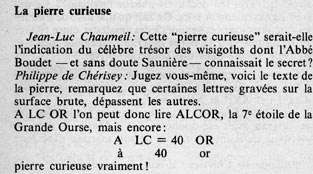 stone indicated the location of the treasure of the Visigoths that Henri Boudet knew all
about the Marquis replied: “Alcor is the 7th star of Ursa Major (the Big Dipper) but also A (à) LC (roman numeral 40) OR (gold) – at 40 gold.” It is because of this sentence that for a long time the ALCOR stone was the most sought after rock in Europe. It was eventually found in June 2004. Even though it was in the direct vicinity of Rennes-les-Bains it wasn’t on the Serbairou and it wasn’t on the Rose Line. It didn’t carry an “ALCOR” inscription either. On a side note: As one reader of this article (you know who you are :) rightly remarked, LC isn’t 40 in Latin. L = 50 and C = 100.

Anyway. The story doesn’t end here either. Although the ALCOR inscription from De Cherisey’s photo isn’t actually on the stone, it does show a giant engraved cross. Moreover, the stone sits next to another very typical rock in the shape of a fist. The whole scene reminds very strongly of the combined Pieta of Rennes-les-Bains where we see Christ on the Cross next to a fist shaped rock. It has led many to 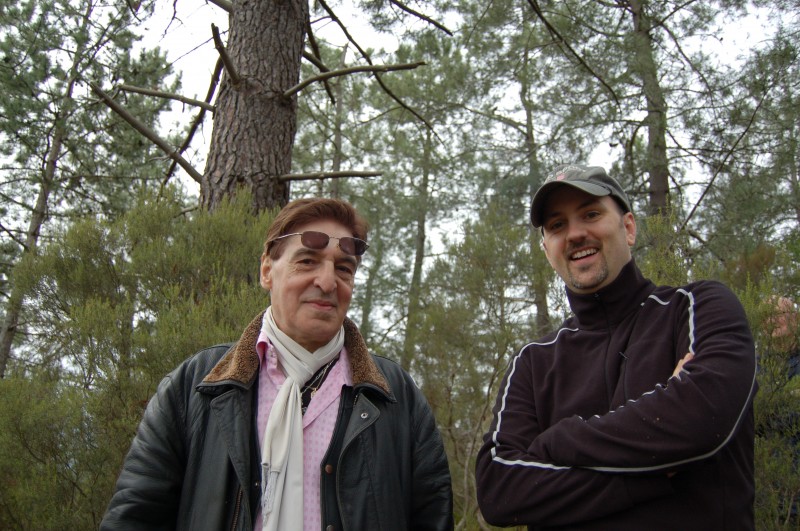 believe that within the domed hill, the ALCOR stone stands on top of, lies the treasure of Rennes-le-Château.

There are more relations between ALCOR and treasure. ALCOR formed the key of the enigma in a 1924 novel by French author Maurice Leblanc called “The countess of Cagliostro”. In his novel, the stars of Ursa Major are mirrored on the ground by his hero Arsène Lupin. They indicate the locations of 7 Abbeys in the French Caux region. The star ALCOR marks the hiding place of the Treasure of the Kings of France.