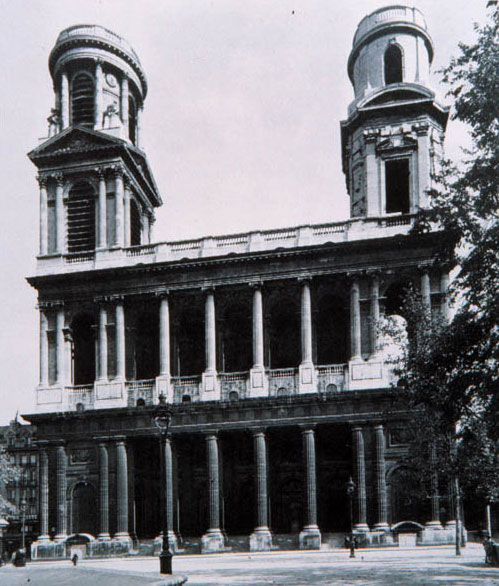 The Paris church of Saint Sulpice has played a role in the Mystery of Rennes-le-Château ever since Gérard de Sède made mention of it in his book, l’Or de Rennes also called Le Trésor Maudit, in 1967. We now know he was prompted by Pierre Plantard. Les Dossiers Secrets, deposited in the French National Library between 1964 and 1967 also make mention of St. Sulpice several times. The direct connection with Saunière is that according to De Sède, Saunière visited the Seminary of St. Sulpice in Paris to have the parchments he allegedly discovered in his church deciphered. Its claimed that Bishop Billard sent him there and covered his expenses. At St. Sulpice, it is said, Saunière, through intervention of Director Victor Bieil met Emile Hoffet (his cousin) who indeed deciphered the texts for him. 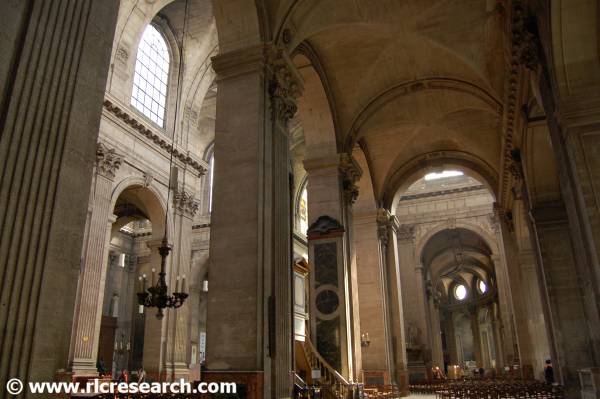 Although this story is highly controversial and not substantiated by any evidence, the name of St. Sulpice comes back in many of the lines of research around the Mystery of Rennes-le-Château. There were strong ties between St. Sulpice, the Compagnie de Saint Sacarament, the Fouquet brothers and Notre Dame de Marceille. Some of Saunière’s best friends like Abbé Eugène Grassaud studied there. Also Louis de Coma studied at St. Sulpice. It features prominently in Dan Brown’s The Da Vinci Code. 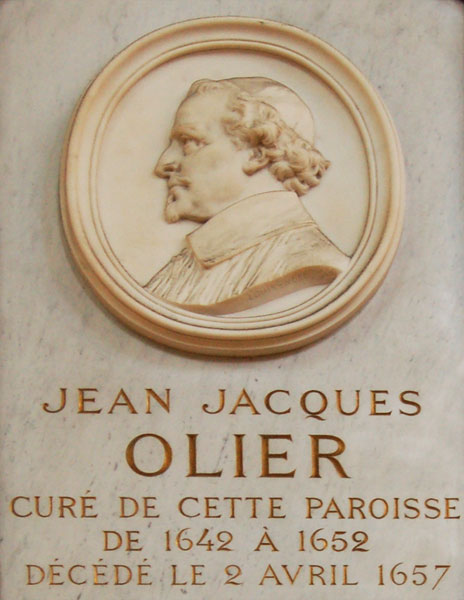 The Great Seminary of Saint Sulpice was founded by Jean-Jacques Olier, a pupil of Saint Vincent de Paul. He lived an exemplary Christian life. Like De Paul, Olier was a member of the legendary Compagnie du Saint Sacrament. Olier did a staggering amount of good works during his life. Central to his ideas was that the Christian Perfection was not only achievable for the clergy but for everybody who is prepared to lead a devout life in piety. Olier was a great organizer. He took his self proclaimed vocation of reviving religious life in France very serious and lived in poverty for many years devoting all the money that came in to making St. Sulpice into the leading national religious institution. 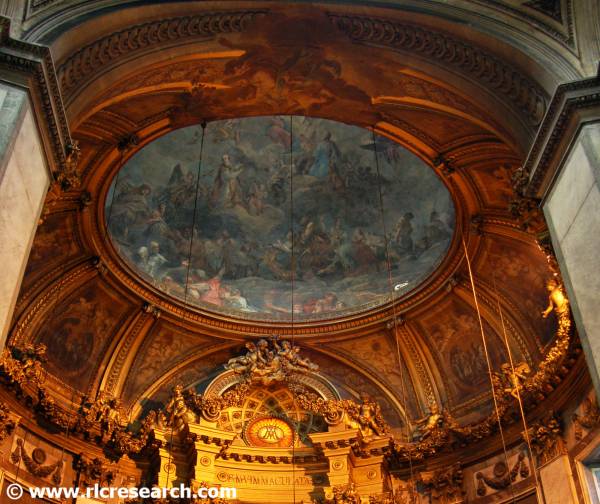 One thing for sure is that St. Sulpice is not your average church. The second largest church in Paris after the slightly larger, Notre-Dame, it is dedicated to Saint Sulpitious, the Pious., It’s a testament to the works of Olier and De Paul and an impressive signature for the seminary. The current, huge building was erected over a much smaller and older church. It was finished in its current state in 1733 with exception of the façade. The old church itself was built on the ruins of a Roman temple devoted to the Goddess Isis. 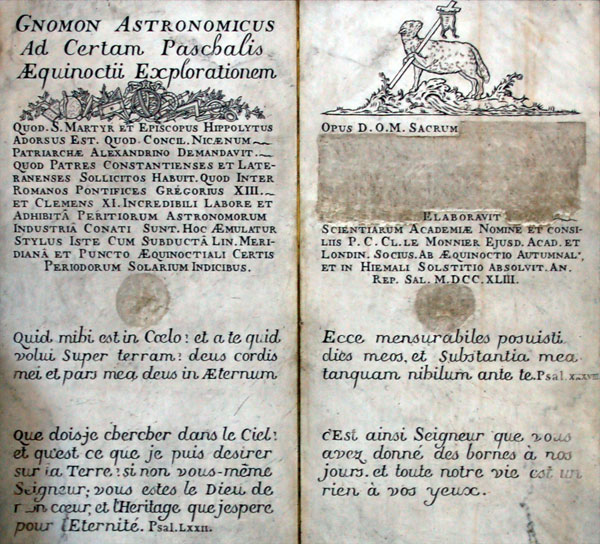 In 1737, father Languet de Gercy had a giant sundial installed. Officially only to be able to determine the exact date of Easter. It also stipulated more esoteric notion that the church was built on top of the old Paris Meridian. To represent this, a meridian line of brass was runs across the floor, ascending a white marble obelisk, nearly eleven meters high, at the top of which, sits a sphere surmounted by a cross. The contruction was done by the English astronomer Henry Sully. In the south transept window a lens was inserted. At noon on the winter solstice (December 21), the ray of light touches the brass line on the obelisk. At noon on the equinoxes (March 21 and September 21), the ray touches an oval plate of copper in the floor near the altar. 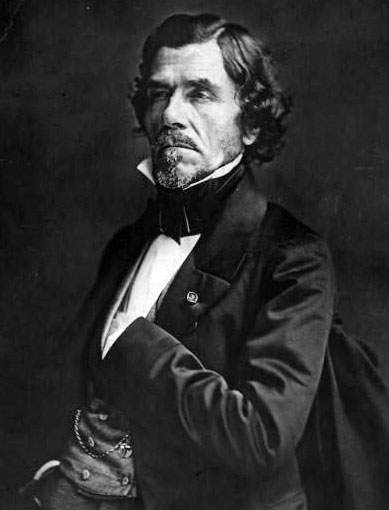 Between 1820 and 1875, the city of Paris asked 17 artists to redecorate the church, the most famous one being Eugène Delacroix. During the decoration some imagery was introduced in the church that, is claimed by some researchers to, contain clues of an esoteric or masonic nature. It concerns the two stoups, the inversed, texts, in the signature and Crucifixion, mural of Émile Signol and some oddities in two works of Delacroix in the Chapel of the Angels. The works of Delacroix in Saint Sulpice are commonly, considered as his spiritual testament, especially ‘Jacob fighting the Angel’.

One thought on “Saint Sulpice”