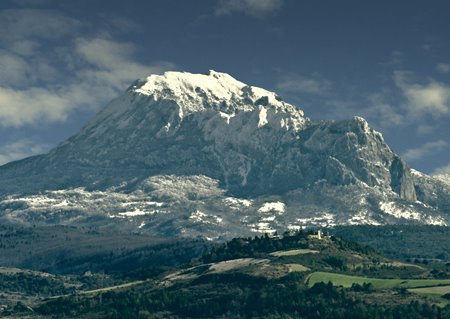 Shrowded in mystery, myth and legend, the peak of Mount Bugarach majestically dominates the wider area around Rennes-le-Château. Calmly looking upwards to the sky, the face of this dormant volcano was once believed to have been given the facial features of Christ by God himself when his only son was taken to the area. That is not the only legend in local folklore that surrounds this mountain. What is fact is that it’s not just an ordinary mountain. It’s a geo-il-logical mountain. Illogical in the sense that the top of the mountain is millions of years older than the bottom. It’s lying upside down as a result of the massive geological forces that created the Pyrenees mountains.

It’s impossible to establish for fact where the name Bugarach is coming from but stories aplenty. Some claim it was derived from the two elves Bug and Arach that turned into stone protecting the plateau of the Corbières from the wind. Others make reference to its name as being Bourg-de-l’Arche or Buc-de-l’Arche in Occitan and to the legend that the Ark of the Covenant lies buried inside the mountain where it still serves as some sort of a tracking device. Whatever the origins the name developed through the ages. The name not only applied to the mountain but also to the small village between its toes. The topographical dictionary from the Aude (1916) mentions the following names as stated in official documents: Burgaragio (889), Bugaaragium (1231), Burgairagio (1259), Bugaragium (1347), Bigarach (1194-1500), Bigarach en Malet (1298- 1500), Locus de Bricaragio (1377), Bugaraich (1594), Beugarach (1647) and finally from 1781 onwards Bugarach.

People climbing the mountain have forever reported strange noises, apparitions, UFO’s flying over, white lights and white people staring at them. People that have climbed the peak will tell you that they felt uneasy and that their compasses or GPS devices didn’t work. Planes are not allowed to fly over the mountain as it has been know to make electronic equipment malfunction. People are advised never to climb the mountain on their own. More than a few have disappeared.

It’s hard to track the source but there is a very persistent story that there is a giant lake inside the mountain. It would be part of a giant underground system of caves and lakes that stretches from the foot of the Pyrenees all the way to Opoul and Perillos. It is a fact that there is a staggering number of caves and holes in the ground in the area but few have ever been professionally explored. There are plenty of legends, myths and stories though like the one by a shepherd in the 1920s who claimed he had entered a cave to find a traverse leading down the mountain that ended in an underground chapel with 5 grain silos in red brick. When he returned to the mountain later with some friends he had told the story the entrance was gone. Bugarach is said to be the entrance to Agartha, the legendary city inside the earth’s core. 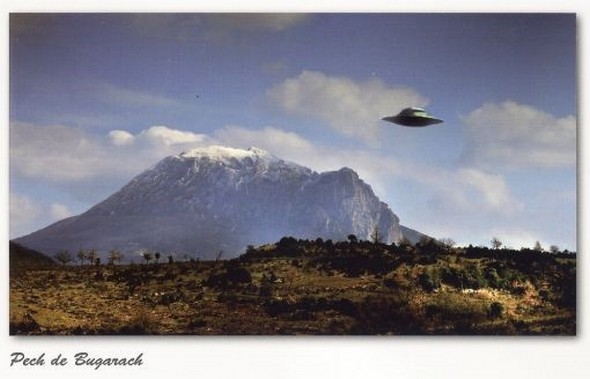 New Age believers think that inside the mountain there is an underground lake that is used as a UFO hangar. They have gone as far as to claim that the mountain of Bugarach is the only place in the world that will survive the end of the world as predicted by the Mayans for 21st December 2012. On that day, the UFO’s will leave the mountain and take whoever is there to another new world. Others say in december 2012 the entrance to the world below will open up. It has led to people of all kinds and nationalities selling everything they own to buy land around the mountain or to simply move to southern France to calmly (or sometimes loudly) sit waiting for the end to come, convinced that the mountain is a doomsday safe haven.This is causing quite a strain on the small village and its 200 inhabitants. It made Bugarach world news.

Center for Scientific Research secretly conducted a series of digs between 1980 and 2002 starting from the cave of Chincholle. Curiously, the dig involved a number of Israeli and American scientists and even people from NASA. When the locals investigated they got the reply that the CNRS was conducting an archeological survey looking for traces of the neolithic period. No traces have ever been found. They left some 20, 100 meter deep (!) holes that are interconnected and can still be visited today (at your own risk!!!). 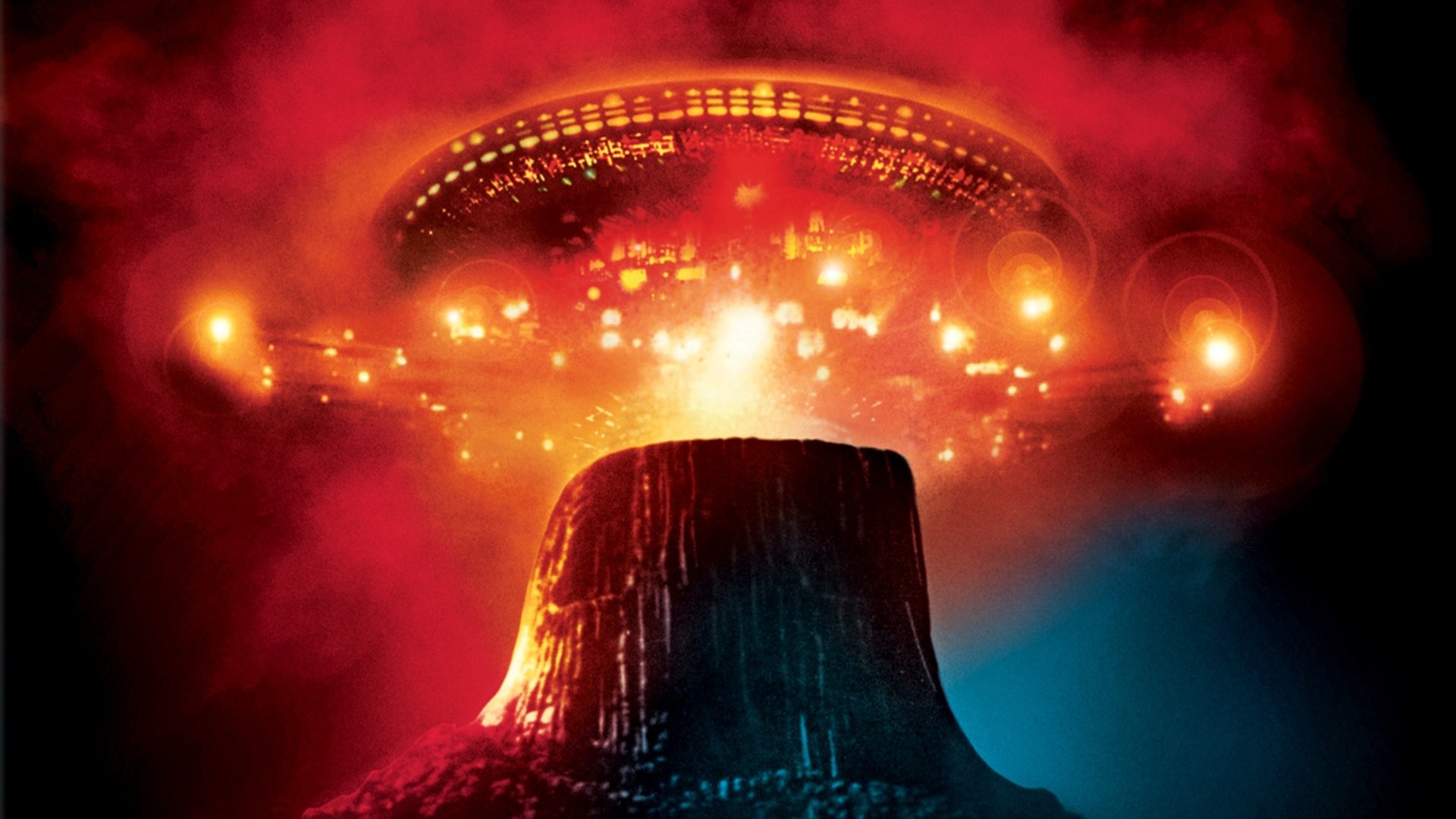 Bugarach featured in a number of literary works, most notably in the book Clovis Dardentor by Jules Verne, whose Captain Bugarach is looking for a treasure which can only be found using geographical maps and some lost documents. Verne visited the mountain several times. Perhaps similarly, Hollywood movie director Steven Spielberg is said to have been given the inspiration for his movie Close Encounters of the Third Kind after a visit to Bugarach.

Maybe most illustrative of the mysteries surrounding the magnificent mountain of Bugarach is the sad story of the research and death of Daniel Bettex.

Photos of Mount Bugarach and the village of Bugarach

One thought on “Bugarach, Mountain of God”